www.forster-profile.chreferencesThe Circle, CH
back to selection 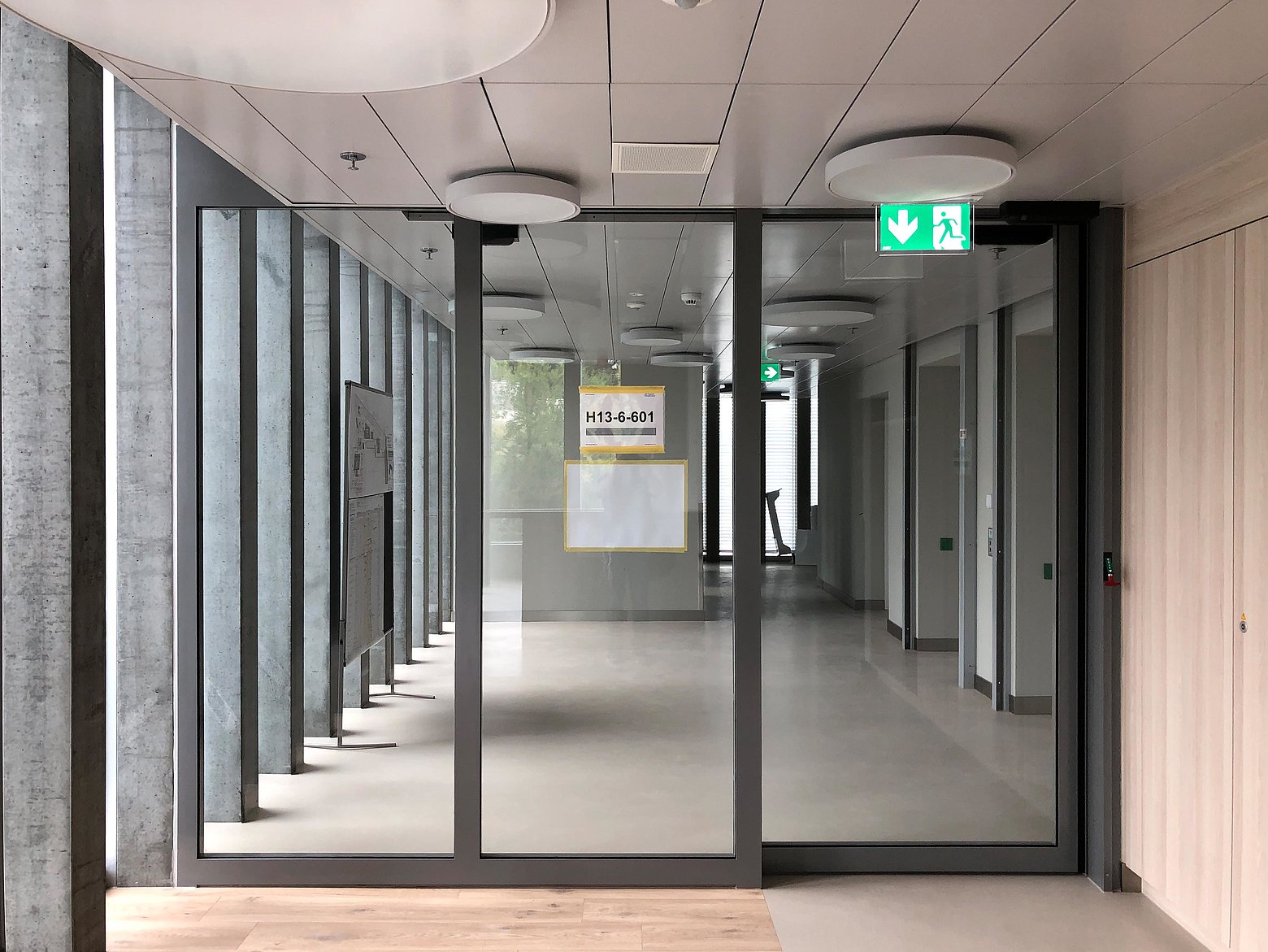 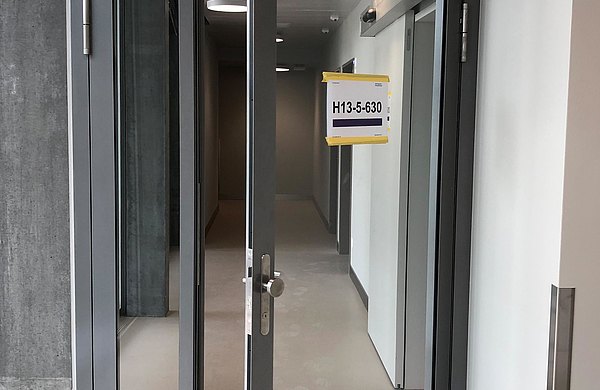 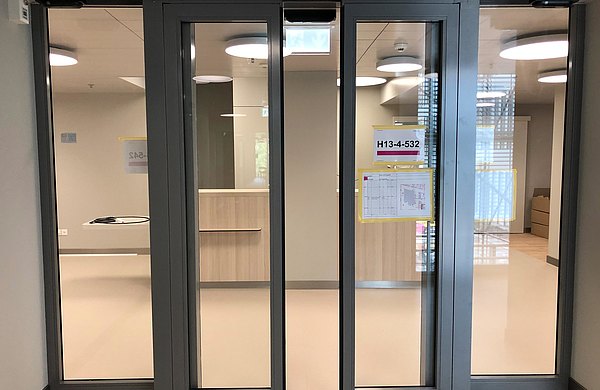 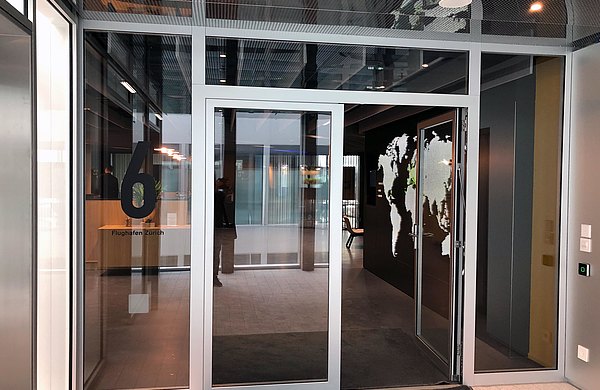 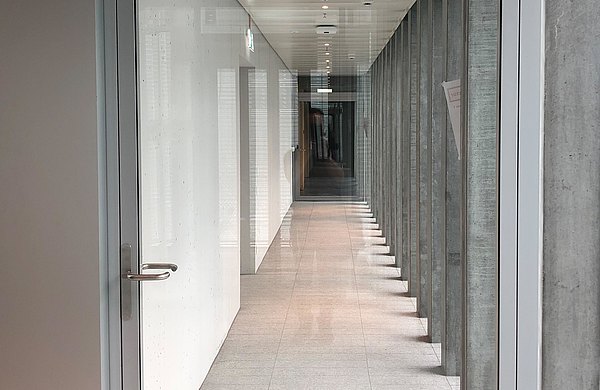 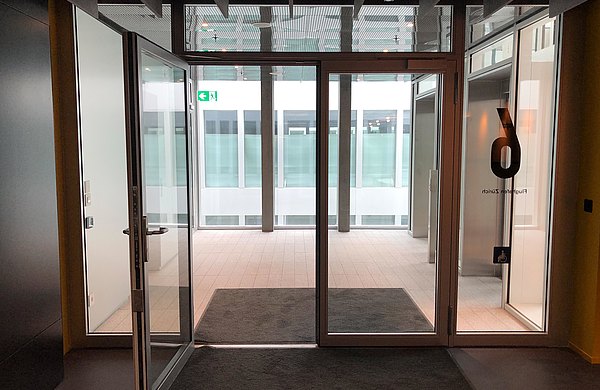 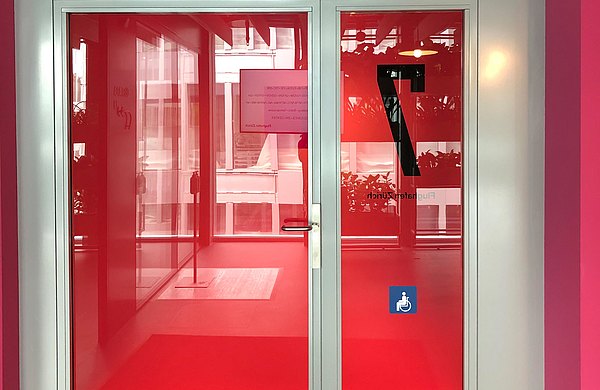 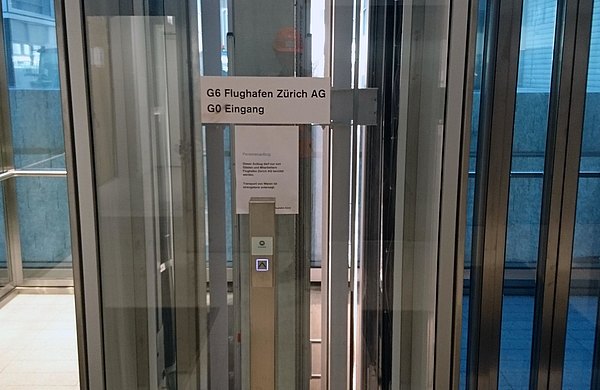 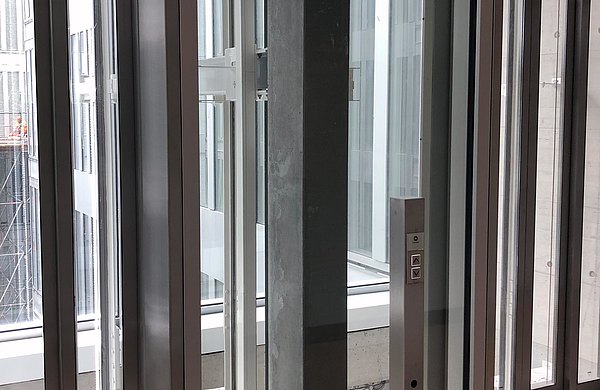 The Circle represents the consistent development of the commercial centres near the airport. After a construction period of around five years, the project by well-known Japanese architect Riken Yamamoto offers its operators an enormous net useful space of 180,000 m2. The massive building is home to a medical centre of the university hospital of Zurich, two hotels, a congress centre as well as attractive offices and spaces for art, culture, gastronomy and education. The majority of useful space has already been leased. The Circle is thus becoming a cultural and economic gem which shines beyond the boundaries of the airport. The project was realised by a co-proprietor cooperative in which Flughafen Zürich AG is invested with 51 percent and Swiss Life AG with 49 percent.

Blaser Metallbau AG co-created a major part of the interior space. The metal construction company from Andelfingen planned, produced and supplied around 500 m2 of transparent lift glazing, including the stainless steel frames around the lift doors. The technical requirements of the components were rather different to the norm as these interior gates must meet fire protection class E30.

Blaser decided to use the forster thermfix vario system for constructing the various E30 post-lock components. "The competent and effective support from Forster Profilsysteme AG was of great benefit to us in the evaluation phase, during which the final selection of the profile system was made," explains Rolf Bechtold, Project Manager at Blaser Metallbau AG. He adds: "After all, we had to tackle the odd technical challenge at the time." We decided to use Forster to also meet other criteria, such as well-founded training, special toolkits, an aesthetic, high-quality product and interesting price-performance ratio. "

Blaser 22 installed a total of 22 different E30 lift glazing components from the forster thermfix vario system in the three different parts of the building, H 12, H 15 and H 16, in several cores and on eight floors. Lift glazing H 12 is explained below to represent the many different types of lift glazing: its appearance is highly transparent and sophisticated, 4.8 m wide and 6.5 m high, with a visible filigree cover strip of just 45 mm. This is the maximum amount of glass possible for the E30 lift glazing, as the surrounding connection panels and continuous horizontal safety beams must also meet fire protection class E30 and the tough requirements.

The post-lock front designed for unheated premises consists of a circumferential frame made from 45 mm wide and 110 mm deep steel pipes on the lift side and 45 x 23 mm clear, anodized aluminium cover strips on the hall side, all from the forster thermfix vario system. Due to the fact that the premises are unheated, it was not necessary to implement thermal separation, meaning the glass needed to be just 14 mm thick. Although included in the profile system, the controlled drainage through the system's own drainage system was irrelevant for these interior rooms.

The lift glazing described above can be divided into two parts: the part at the bottom around the lift doors comprising five panels, and the part at the top with glass panes and panels comprising ten panels. The above-mentioned safety beam made from IPE 160 is installed directly above the doors. It absorbs the forces created through the side brick work and also serves to suspend the lift doors. It goes without saying that this type of construction with extended profiles and beam covers of E30 quality is not the average standard and required various developments and system solutions. The entire construction has a total frame depth of 500 mm. Internal curved steel plates extend the forster thermfix vario profile pipes into a 500 mm deep frame. It is fixed around its circumference with welded flat steel lugs which are bolted to the bar profiles inserted in the concrete on the building side. Drilling anchors were not permitted for fixing the construction. The frames of E30 quality, which connect the construction to the brick work, are made as double-skin steel plate panels. Filled with Promatec plasterboard and mineral wool, they meet the technical fire protection requirements. The lift door frame design is sophisticated and robust. The frames are made from multi-chamfer stainless steel plates with a plasterboard filling which are assembled into heat and pressure resistant panels. Pilkington Pyrodur 30-200 with 0.76-mm PVB film was used for all of the glazing. Carefully planned delivery and assembly

The construction of projects of this magnitude requires entirely different logistics and administration from companies than the construction of ordinary commercial buildings. An online delivery planning tool was used, for instance, in which planned deliveries has to be registered at least three days in advance. The terminal and required lifting equipment, such as crane, etc., also had to be booked well in advance. Deliveries then had to be completed within a timeframe of 15 minutes, or else the deliveries were rejected.

Forster Profilsysteme AG also processed all solution proposals and deliveries of materials required accurately and professionally and complied with them during all construction phases to ensure that the exact deadline requirements could be met.

The Circle – an exciting challenge

"The fact that our lift glazing was spread across three parts of the building with several cores and floors did not make this project any easier," comments Rolf Bechtold. "Even taking the measurements already proved to be a great challenge. In addition to taking the measurements at the brick work, many other factors had to be accounted for and calculated into the planning, such as already installed lifts, pipelines, cable ducts and planned wall and ceiling panels, floor coverings and adjoining doors. In addition to the tough architectural requirements, the many company interfaces and various approval instances also constituted a challenging core aspect during the planning process. "

Each door is unique

Although the different door elements with their various requirements could be combined into six or seven classes, almost all of them turned out to be unique. Apart from their different types, functions, fittings, divisions and additional elements, their dimensions also differed. This initial basis resulted in a highly non-uniform offer.

"Planning, manufacturing and assembling some of the fire protection doors usually does not prove a big challenge for a company," according to Ruggero Di Berardino, Project Manager at Hammer Metal AG. But he adds: "But everything was a little different on the largest construction site in Switzerland. Our door elements had to be delivered to seven construction sections, various floors and in a multitude of designs. In addition, we were able to divide our order into different steps, but not by door type but rather by the construction sections mentioned above. This means that each step comprised all of the door element types, which made series production almost impossible. To exaggerate a little, one could say that all elements had to be planned, produced and assembled almost simultaneously. The entire process took about 15 months. The fact that the design plans had to be audited, read, forwarded and finally approved by various instances due to the sheer complexity and size of the project made the planning phase even more difficult. "

The design plans were prepared gradually by several Hammer designers. The competent advice and system-relevant support from the technical experts at Forster Profilsysteme AG were crucial for the success of this phase. To create a well-planned logistics structure, work preparations, procurement, fabrication, surface treatment, assembly, supplies, transport and installation were planned and triggered just in time.

The production processes were also graduated in accordance with logistics planning. The profiles were cut and processed in the company's own processing centre. Welding preparations as well as riveting and welding work were performed in a throughfeed process until the corresponding elements were forwarded to the next processing station for grinding. Once the external surfaces were treated, fittings and seals were installed, the first function and quality checks performed and the elements were placed on the exact pallets, as documented, for transport to the construction site.

Assembly at the construction site

Doors with swing-out function (with rotating door panel on the sliding panel) are activated with a motion sensor in standard mode and can be accessed normally from both sides through the sliding function. In case of fire, the sliding panels are closed and locked through the fire protection controller. The integrated swing-out escape route function is activated and the integrated revolving door panel can be opened in the direction of the escape route.