www.forster-profile.chreferencesECAvenir Lausanne
back to selection 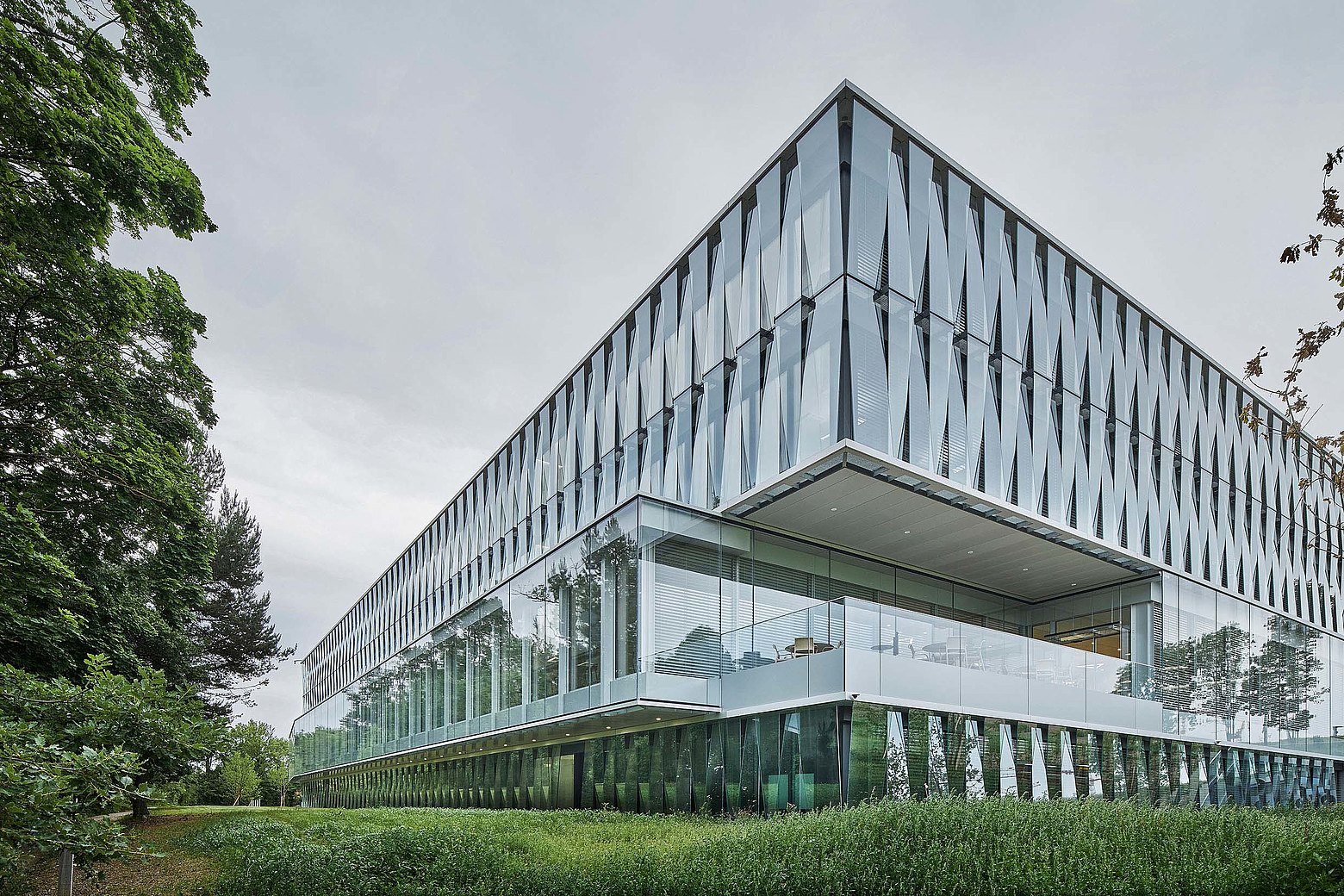 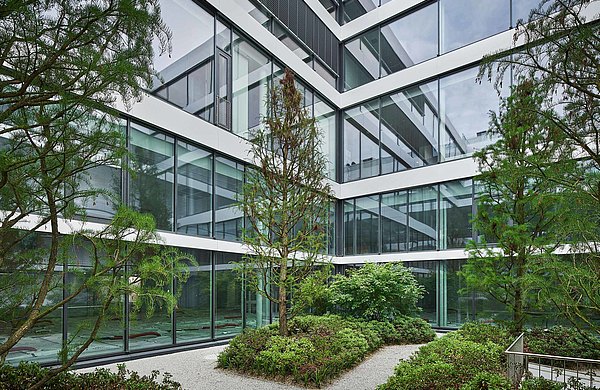 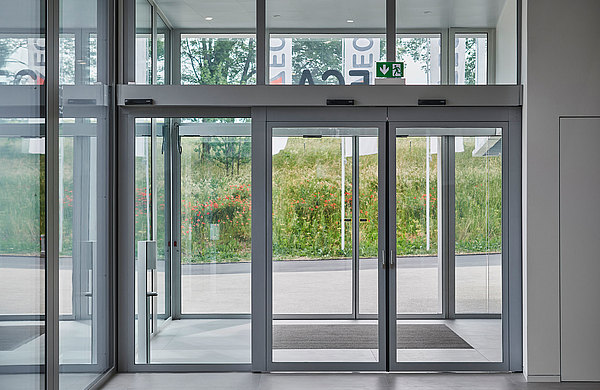 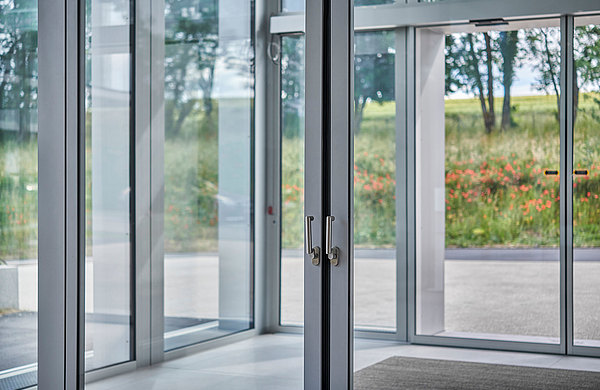 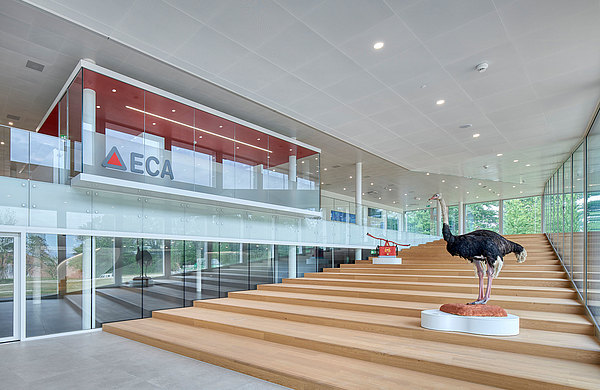 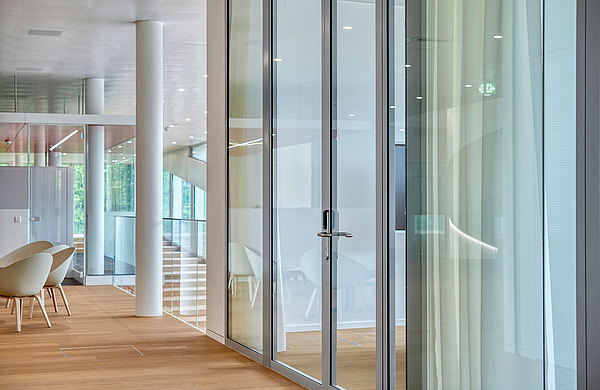 Headquarters of a cantonal insurance company in Lausanne

The new headquarters of the insurance company specialised in damage caused by fire and natural hazards (ECA) of the canton of Vaud in western Switzerland is literally shining with a new glass building in Lausanne featuring extensive facade and fire protection systems from Forster. This was a complex and compact building assignment for Swiss architects Architram Architecture et Urbanisme. Numerous different areas of use, various security levels as well as the integration of public and non-public areas necessitated a planning approach, meticulous planning in the form of layered security. Thanks to the strong capabilities of steel, Forster profile systems were instrumental in meeting the static, thermal, burglar resistance, bulletproof, escape routes and fire protection requirements required by this project.

The tasks for institutions such as the ECA in the canton of Vaud have grown noticeably over recent decades. The acronym stands for the Établissement cantonal d'assurance incendie et éléments naturels, which focuses on insurance for damage caused by fire and natural hazards at cantonal and communal level. Demographic developments as well as increasing urbanisation are leading to more cases of damage and an increased need for protection and safety measures. The increased volume of activity in turn led to the decision to provide the insurance company with an adequate new building. A plot of land to the north of Lausanne close to the Blécherette airfield that was already in ECA's possession turned out to be the ideal location. Together, the proximity to transport infrastructure, central accessibility and the beauty of the surrounding countryside made for the perfect location for the project “ECAvenir”. This made-up word alludes to a concept that looks to the future, for architecture and content.

Before the new location was developed, the various tasks had been spread across several places but are now being combined in one building complex. Alongside office and administrative areas, the new building also accommodates rooms for training, conferences and exhibitions. In addition, the building also houses the canton’s central emergency call centres, including those of the police, fire brigade and ambulance service, as well as the traffic control centres of the agglomeration of Lausanne-Morges and other urban and cantonal infrastructure facilities for safety, security as well as Civil Defence. Such a coming together of no less than five different emergency centres in one place is exceptional in Switzerland.

An architectural competition for the new building of the new headquarters was launched at the end of 2014. The concept presented by Architram Architecture et Urbanisme from the neighbouring town of Renens, ingenious in its rambling character catering to the multifaceted tasks, emerged as the winner. At the very core of the building you will find the emergency call centre as a place of high safety. The functional units are developed in a ring around a central courtyard which provides daylight for the inward-facing areas. The wide ramp on the building’s north side is a prestigious entrance and takes visitors to the first floor, which is open to the public. This is home to the reception area, training facilities and showrooms detailing and exhibiting preventive measures against fire and other hazardous situations as well as a restaurant. What’s more, the offices of the ECA are grouped on the other floors around the central courtyard as the point of orientation. Work on the building started in 2018. In spite of the challenges the pandemic brought with it, the head office of the cantonal insurance company was completed in 2021.

With a gross floor space of 16,500 square metres, the new building offers space for around 280 employees and other user groups. The building's base and the two floors above the public area feature a striking external facade in the form of staggered trapezoid areas which simulate a faceted structure. The extended plane glass facade on the first floor and facing the inner courtyard is a formal contrast to this. All safety facade surfaces are made of forster thermfix vario. The focus – as might be expected of a building housing the occupants it does – was on maximum safety: fire protection and smoke extraction to burglary protection and bullet resistance denote the necessary standards, depending on the area of the building. The concept was implemented with facade, glazing and door system elements from Forster Profile Systems which pay maximum attention both to the increased safety aspects and to the appearance and sustainability. The system thermfix vario constitutes around 3,900 square metres of facade surface on the ground and first floor, as well as 2,400 square metres of facade around the light-giving atrium in the core of the building. The interior facade surfaces are clad by forster fuego light systems, which, in the form of fire resistant doors, also provide access on the office floors to the staircase and, in the area of the ground floor, act as a transition to the inner courtyard. Alongside the omnipresent glass shell, glass parapets and walls complement the light, transparent, crystalline building concept – while always ensuring the safety of the users of the building and thus ultimately the entire canton.

Last, but not least, high energy and ecological standards in building implementation mark the sustainable approach which is more for the new building than just its name. The choice of the recyclable material made of steel stands for sustainability – a value for which the company Forster stands with all its products.