www.forster-profile.chreferencesWork-Life-Center in Hamburg
back to selection 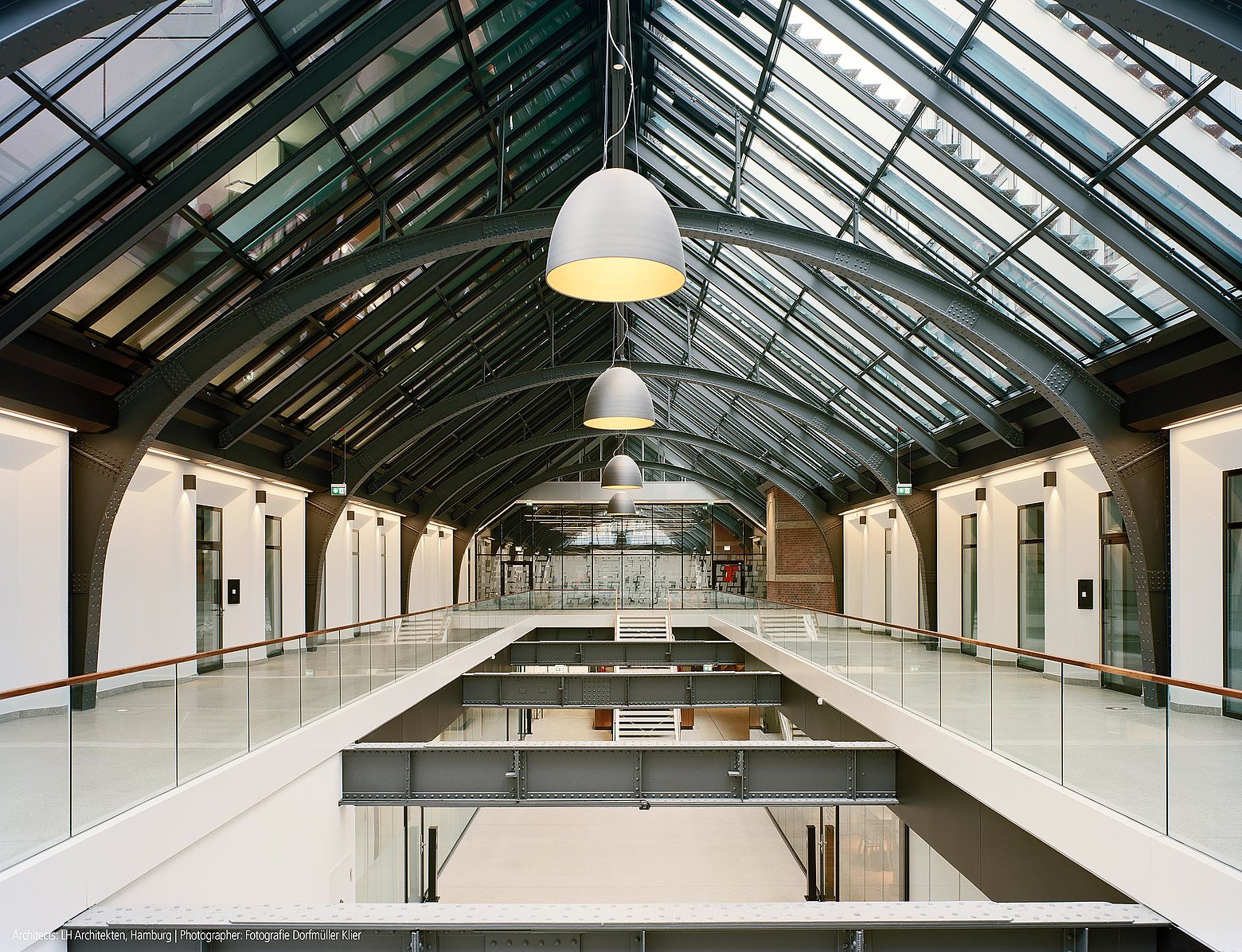 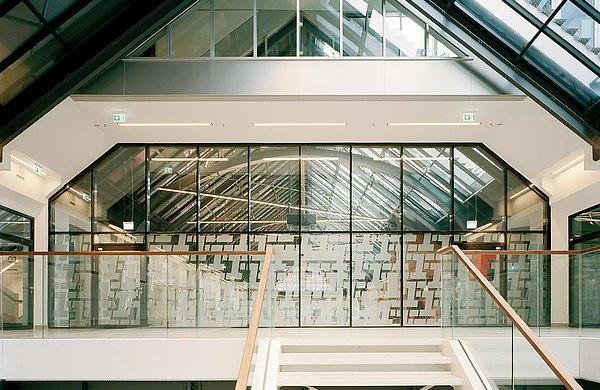 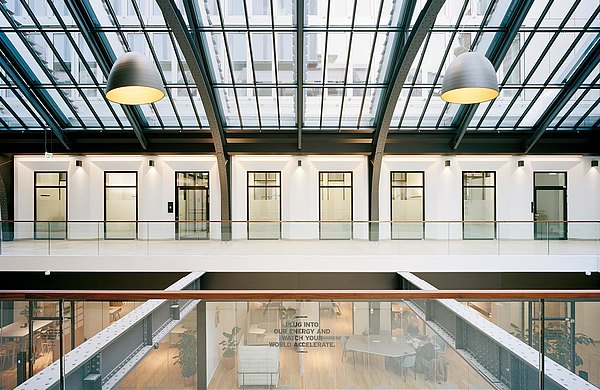 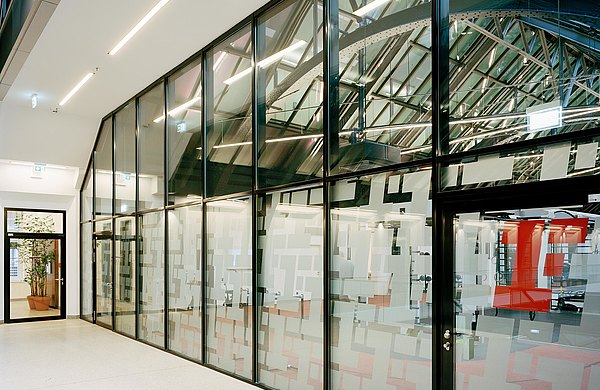 The Alte Oberpostdirektion on Stephansplatz is one of the most striking historic buildings in the centre of Hamburg. Following the renovation and extension of the centre of the building, both wings are now linked by glass roof structures to form an impressive ensemble of old and new. The transparency of the listed former post office can be seen from the outside and continues inside the building itself. Here, the extensive glazing meets stringent functional demands in terms of fire protection and acoustic performance.

During the renovation of the central building structure, the planners from LH Architekten in Hamburg wanted to maintain the overall character of the building, with its historic front and central hall featuring original steel elements. Offices, meeting rooms and lounges now adjoin and look out onto the glazed hall area over two floors. The upper floor of the building is now home to a high-end fitness studio, which has rented out space behind the transparent facade. The Alte Oberpostdirektion now operates under the name Work-Life-Center, with the new name highlighting the work-life balance on show throughout the building.

The extensive internal glass facade ensures the training space is well lit, not to mention the desired feel-good atmosphere inside the fitness studio. Insulated glass with the fire resistance class EI(F) 30 was installed as fire protection separating the studio and hall, and features a highly efficient sound-insulated laminated safety glass as the outer layer. The system – consisting of fire protection glass and the forster thermfix vario mullion/transom construction system – protects against fire, smoke and heat for 30 minutes according to the prescribed fire resistance class, while also meeting particularly strict sound insulation requirements at 46 dB. As the building with central hall is open to the public, the areas behind the glass should offer peace and quiet. Two escape and emergency doors were also installed in the fire protection facade, allowing people to escape into the hall quickly in the event of fire. The bottom part of the glazing has been covered with an adhesive film, thus offering the necessary privacy in the fitness studio.

Access to other rented units and emergency doors leading to escape routes out of the building are found on all sides of the central hall on the ground floor and upper floor.

Fixed, transparent fire protection elements looking into adjoining offices and meeting rooms and the doors leading into the rented units define the fire and smoke sections beyond. In line with requirements, fire resistant glazing with the fire resistance class EI(F) 30 was also installed here in the forster fuego light system, with the glass selected also offering optimal acoustic performance here as well.