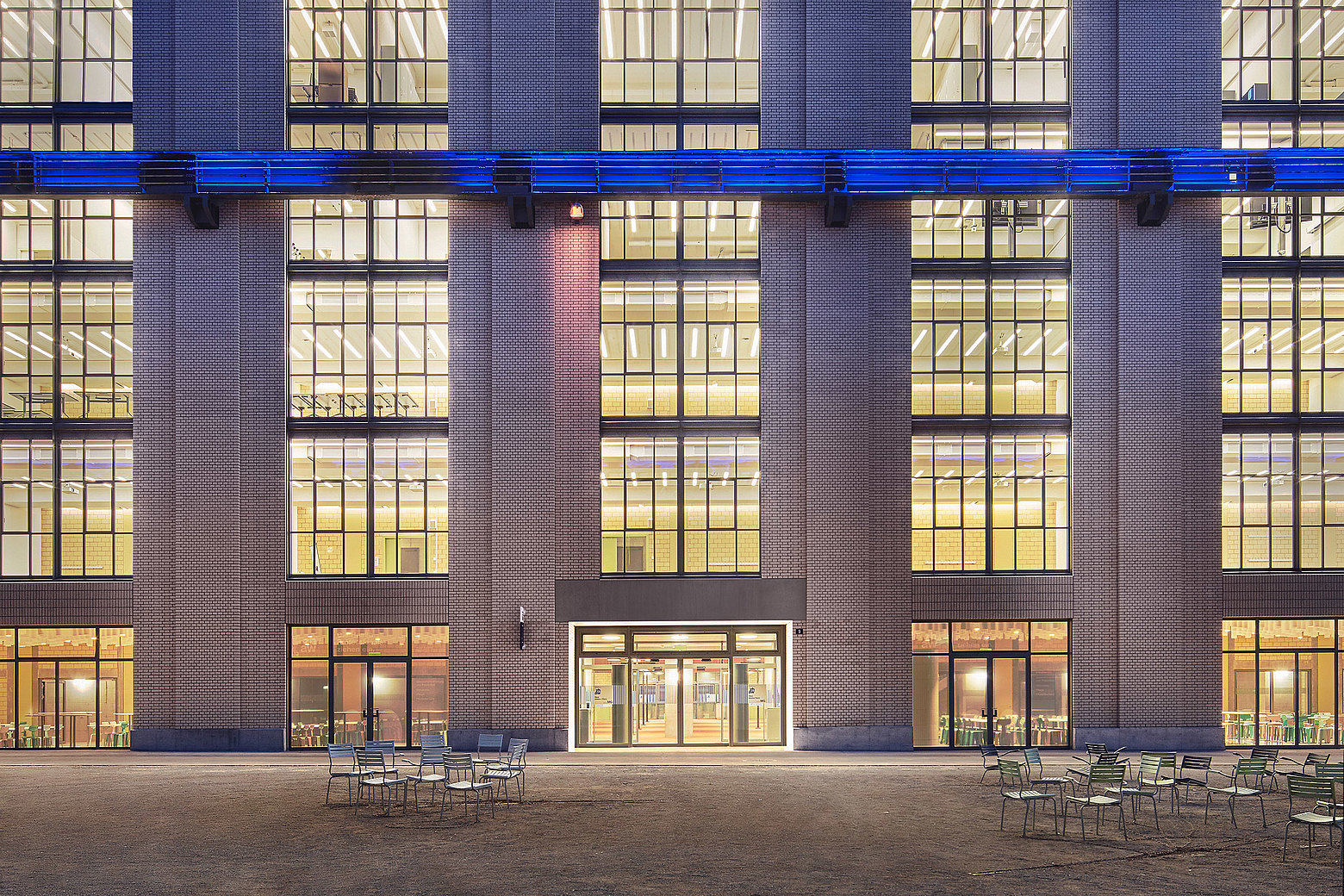 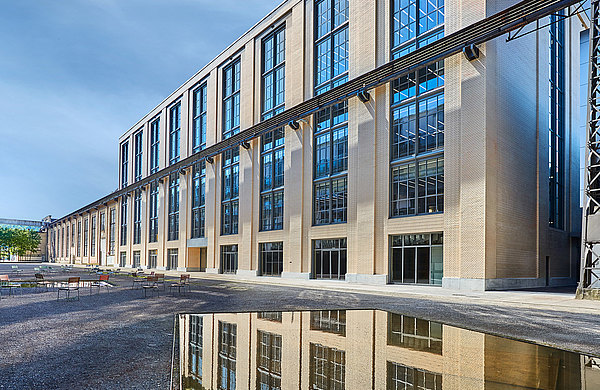 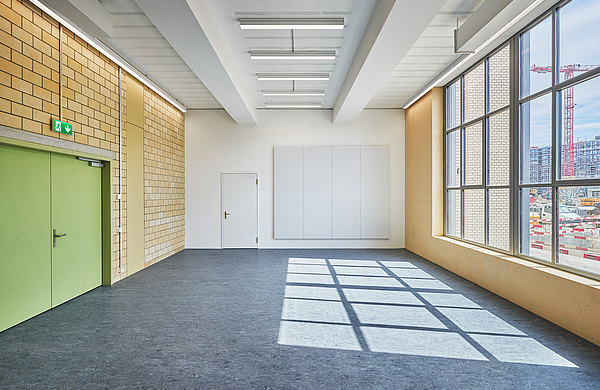 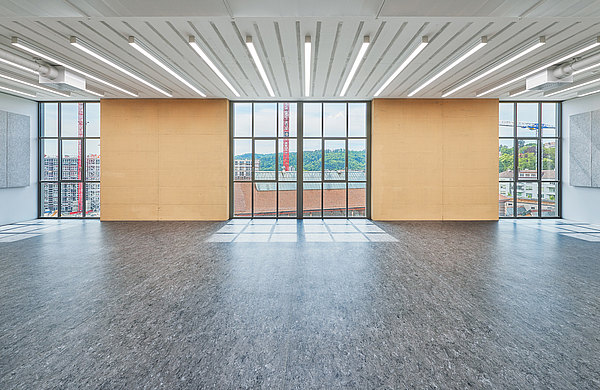 Carrying on an old tradition

8000 children were born thanks to the visionary midwife Adeline Favre (1908-1983) from Val d’Anniviers. From now on, 2000 students will be trained in nursing, occupational therapy, physiotherapy, health promotion, prevention and, of course, midwifery in the new ZHAW building – which bears the name "Adeline Favre House" in her honour.

Built in 1896, the former factory building of the Sulzer brothers in Winterthur, Switzerland gave way to what is now the largest training centre for healthcare professions in the country. In 2013, an architectural competition was held, which was won by pool Architekten from Zurich, Switzerland. Four years later, the original Hall 52 was demolished; between 2018 and 2020, the new building for the Department of Health of the Zurich University of Applied Sciences (ZHAW) was constructed in its place. 25,000 m2 of floor space extends over six above-ground and two underground floors, housing classrooms and practice rooms, offices for employees, an outpatient clinic and simulation centre, a cafeteria and a self-catering zone.

The Forster company was already actively involved in the development, consulting and preliminary planning at the pool Architekten architecture firm from 2017. For the successful development of the façade, Forster prepared various project plans, tender documents, calculations and sample elements.

The exterior view of the new building does justice to its historical legacy and has a convincing "industrial design": the façade was rebuilt as a brick facade and the surrounding crane runway was retained. The new façade window elements from the forster unico system form a visual unit with the windows of the former foundry. For this purpose, around 16,000 running metres of forster unico and forster unico XS profiles were used for the façade elements. The new, insulated forster unico EI30 fire protection system was used in the stairwell area and was designed in the same visual and aesthetic style as the main façade. For the special architectural connection requirements, Forster produced over 2000 running metres of special profiles (special frame extensions) in various dimensions. By using the special frame extensions, the contractor was able to save a great deal of time in the production process.

A further eye-catcher is located inside the new building: Lecture halls and other rooms are staggered in the inner courtyard, creating open meeting places for students, lecturers and employees across the individual floors and under the glass roof. Indoors, Forster was also able to successfully use various fire protection doors and fixed elements with fire classes EI30 and E30 from the forster fuego light and forster presto systems.

The Adeline Favre House was inaugurated in August 2020; studies started in September.