HomereferencesConversion of old shed building in Zug
back to selection 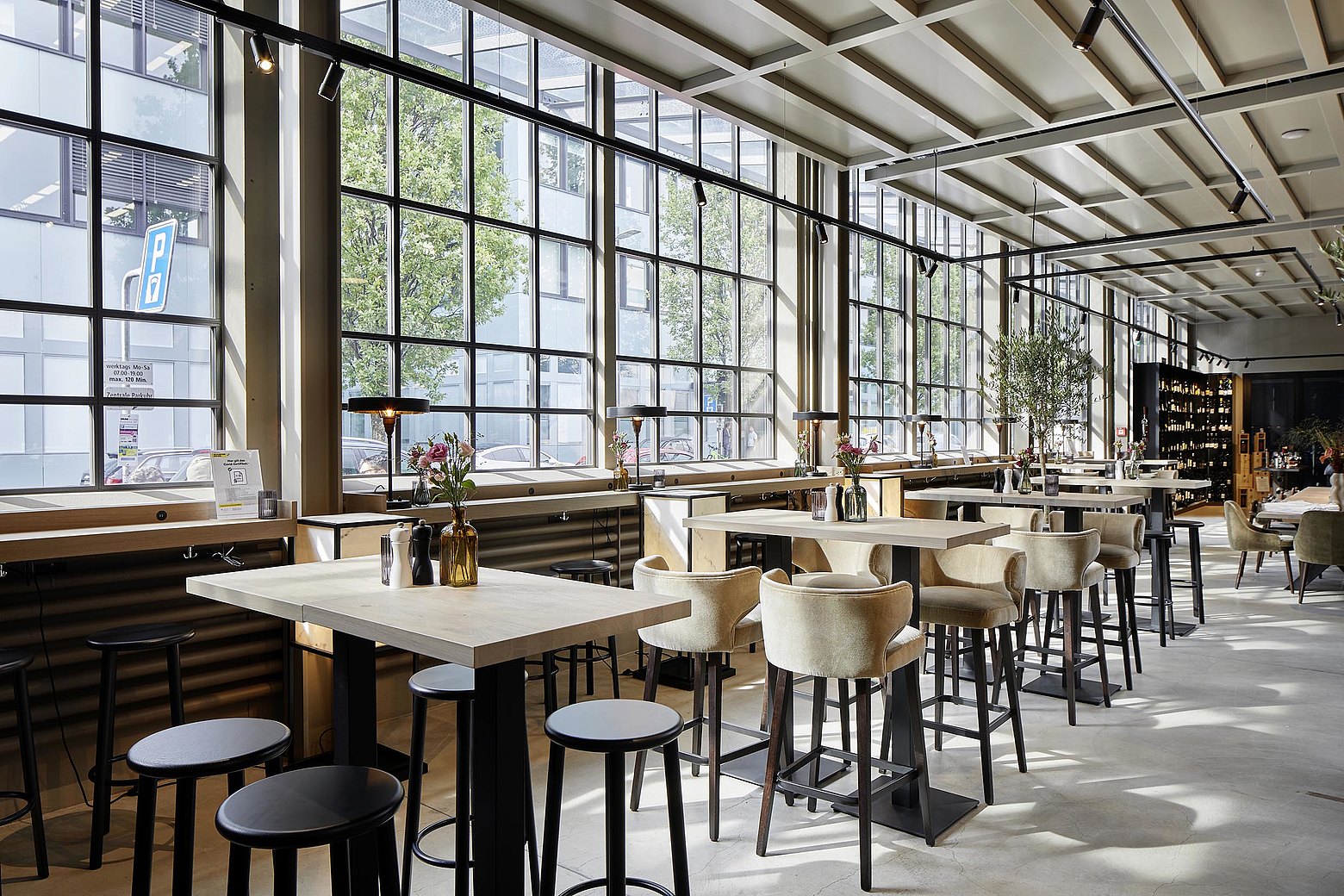 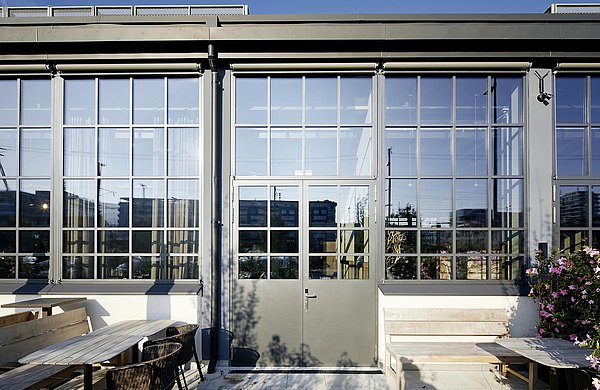 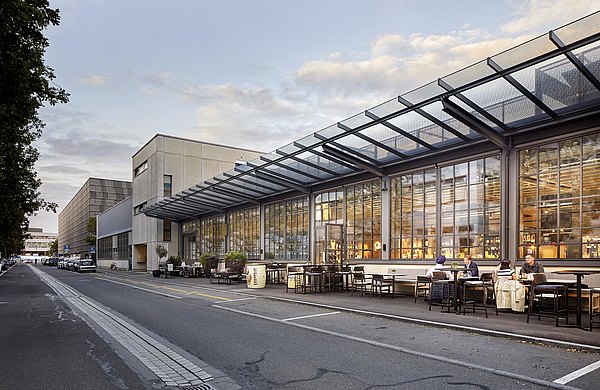 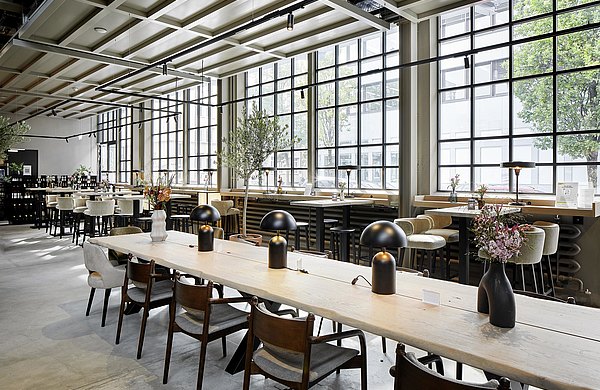 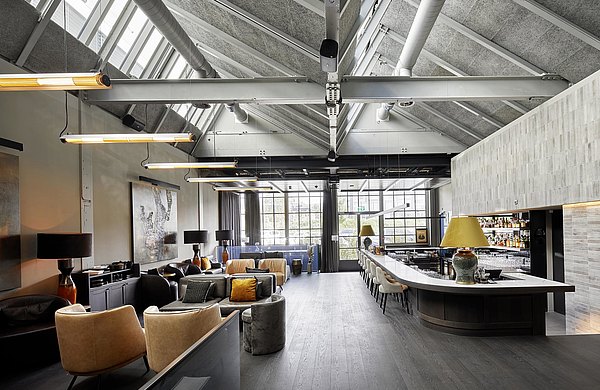 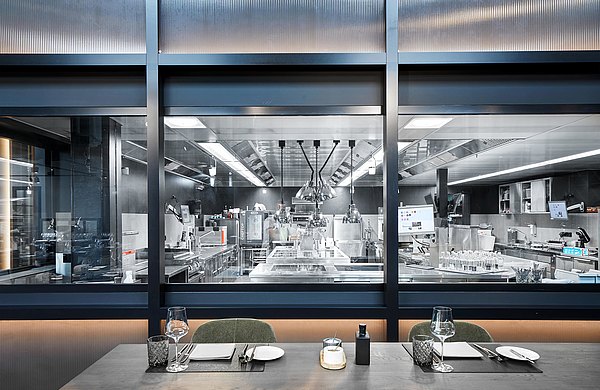 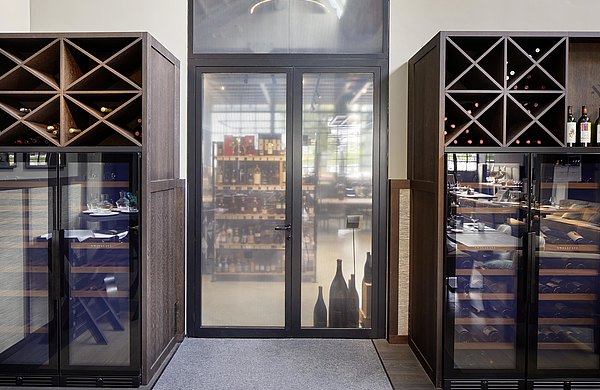 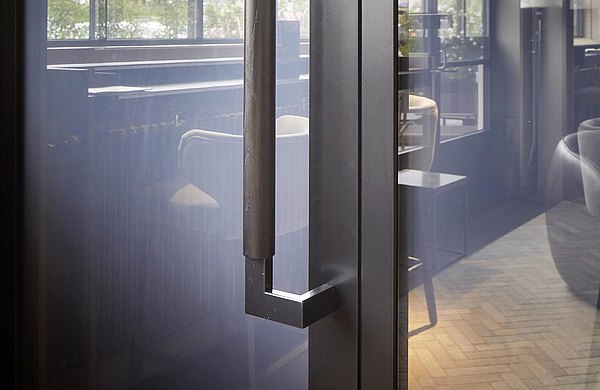 With spaces for new buildings expensive and in short supply, the conversion of former factory buildings is becoming increasingly popular – not least because these structures dating back to the early 20th century are often attractive from a design perspective. With this in mind, the owners of Shedhalle Zug – a shed building located in the heart of a former industrial area – decided to maintain and revamp its architectural legacy. The team from MAI Architektur was tasked with transforming the building into a catering and event space, and faced the challenge of extensively renovating the building while also keeping its original appearance. The modernisation of the facade was made with simple window systems made of steel, with Forster providing particularly slim profiles. Fully renewed in line with the original designs, the new muntin windows now not only meet the latest energy standards, but are also extremely durable and maintain the character of the former industrial building.

With their striking sawtooth shape, shed roofs are the embodiment of an entire era of factory buildings. Bright building interiors flooded with daylight and huge spans are just two of the qualities that make this roof type popular even today, and this was no different at the shed at the centre of the “LG-Areal” quarter in Zug. From the 1930s on, electricity meters were produced here for customers around the world until the spread of digitisation decades later made new usage concepts unavoidable. The goal is to transform the quarter into a lively urban area featuring offices, apartments, restaurants and cultural offerings. While some of the buildings have already been demolished, the Shedhalle on Dammstrasse has been kept to maintain some of the quarter’s original charm.

Careful modernisation of windows and doors

Faced with converting the shed into a space incorporating restaurant, bar, exhibition space and smoking lounge, the architects from MAI Architektur in Lucerne set out to revamp the building without changing its original character. The infrastructure needed for the catering space was ensured by incorporating two unassuming units where the kitchen and sanitary facilities are located. This meant that the spaciousness of the some 1,200-square-metre, single-storey hall was maintained. The original ribbed ceiling and heating pipes – a typical feature in industrial buildings of this time – were also renovated. Only the single-glazed muntin windows were no longer viable for energy efficiency reasons. Here, the planning team chose the forster unico XS window system, which is virtually identical to the appearance of its historic predecessor. Despite its triple glazing, this system features extremely thin profiles with widths of just 23 millimetres – an impressive characteristic that can only be achieved by using steel. The hinges are concealed flush and, together with the frameless interior view , underline the authentic appearance. With a Uw value of 1.2 W/m²K, the new muntin windows also meet stringent demands in terms of energy efficiency and can be opened in a number of different ways.

Rooms of the highest quality

When fitting out the inside of the shed, the focus was on combining industrial charm and a luxury standard of living. This is reinforced by the high-quality materials and elegant colour scheme. The large window areas also bring added comfort, allowing lots of daylight into the building thanks to the thin steel profiles from Forster. Developed in partnership with COCC. and coherent, the rooms inside are marked by outstanding quality while never disowning their original use. The forster unico door system also plays an important role here, with both the opaque and glazed door versions offering a successful interplay between historic role models and contemporary functionality.